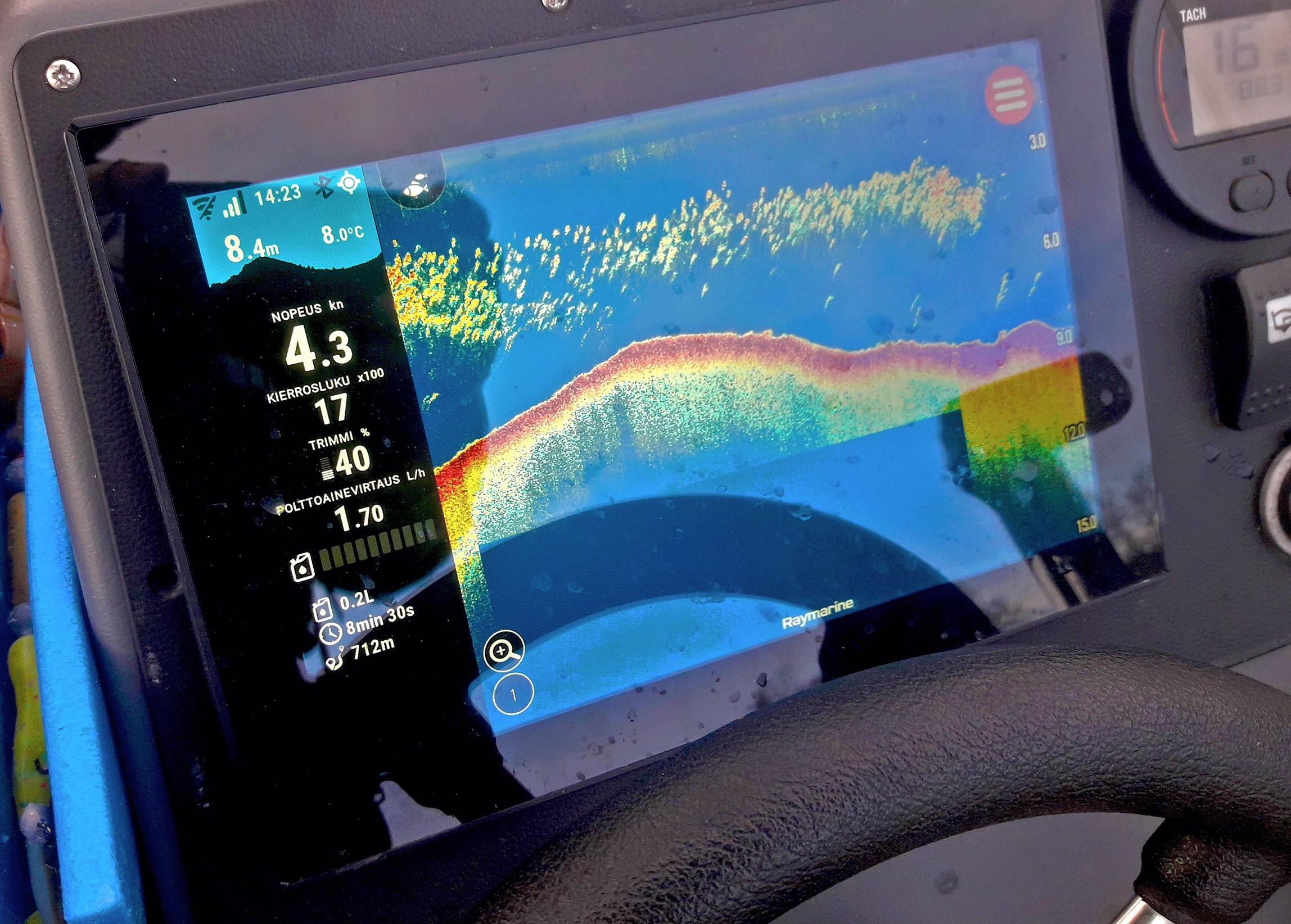 Fishfinder has been a set additional feature in the Q plotters since 2017. Q System has integrated the Raymarine fishfinder to its crisp touch screen, making fishing easier than ever with sharp and extremely realistic scans.

Raymarine CP100 fishfinder scans the waters for fish and seabed down to 270 meters. It uses Raymarine’s CHIRP-technology, which guarantees a high quality image for the scans. You can also switch from CHIRP Sonar view to CHIRP DownVision to see an ultra-wide and crystal clear vision of the seabed.

The secret behind the fishfinder’s stellar operation is it’s ability to send a wide spectrum of various frequencies within one pulse. This beats traditional fishfinders that only send out one signal per frequence.

Q System’s fishfinder is designed to serve both fishers, and people interested of examining and scanning the seabed.

How to use the feature?

The fishfinder in the Q plotters is easy and straightforward to use. You can find the feature from your Q plotter by tapping the fish icon you see on the main view.

The fishfinder can be used on full screen mode, or only covering half of the plotter’s screen to see the navigation map at the same time.

Check out the instruction video on how to use the Q Fishfinder below!

Access your favorite fishing spots and find them later

You can use the Q plotter’s fishfinder to mark the best fishing spots to the plotter’s memory, and get back to them whenever you want. You can also choose a good fishing spot on the scan and set a route there in just a few taps of the screen.