For many, Q system is already known as Buster Q. This customized version for Buster Boats was launched in the summer 2016, and is fitted to their boats as a standard factory installation from the model M onwards. Buster Boats, owned by Yamaha Motor Company, is the biggest aluminum boats manufacturer in Europe.

“As planned, we proceed with another international boat manufacturer after the successful launch last summer. Askeladden is the first significant fiberglass manufacturer for us, and we will bring out a set of completely new functionalities for their launch”, says Niklas Öhman of Nextfour Solutions.

According to Öhman’s vision each boat manufacturer gets an extension to Q system as they launch their customized version. In Askeladden’s case this means adding an application for digital boat controls. Interior and exterior lights, pumps, speakers and other accessories can be controlled easily on the navigator’s touch screen. 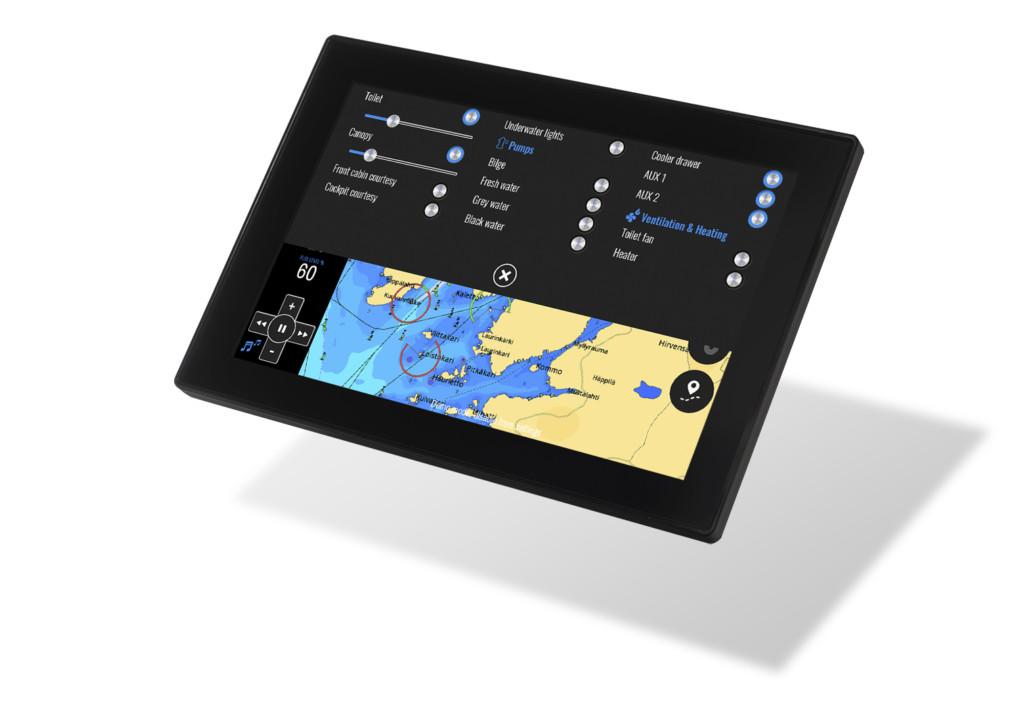 Askeladden’s C-Command, along with completely new features, will be launched at the Oslo International Boat Fair where the company launches its new boat model Askeladden C83 Cruiser TSI.

Q system’s journey to success began in the summer 2016 when it was first integrated to Buster Boats’ models. Later the same year Q made it to the finals in the world’s largest boat equipment design competition DAME Awards. This year’s Askeladden integration marks another important milestone for the smart navigation system, and more is yet to come.

“We can reveal some very good news about future partnerships later this year”, Niklas Öhman says.