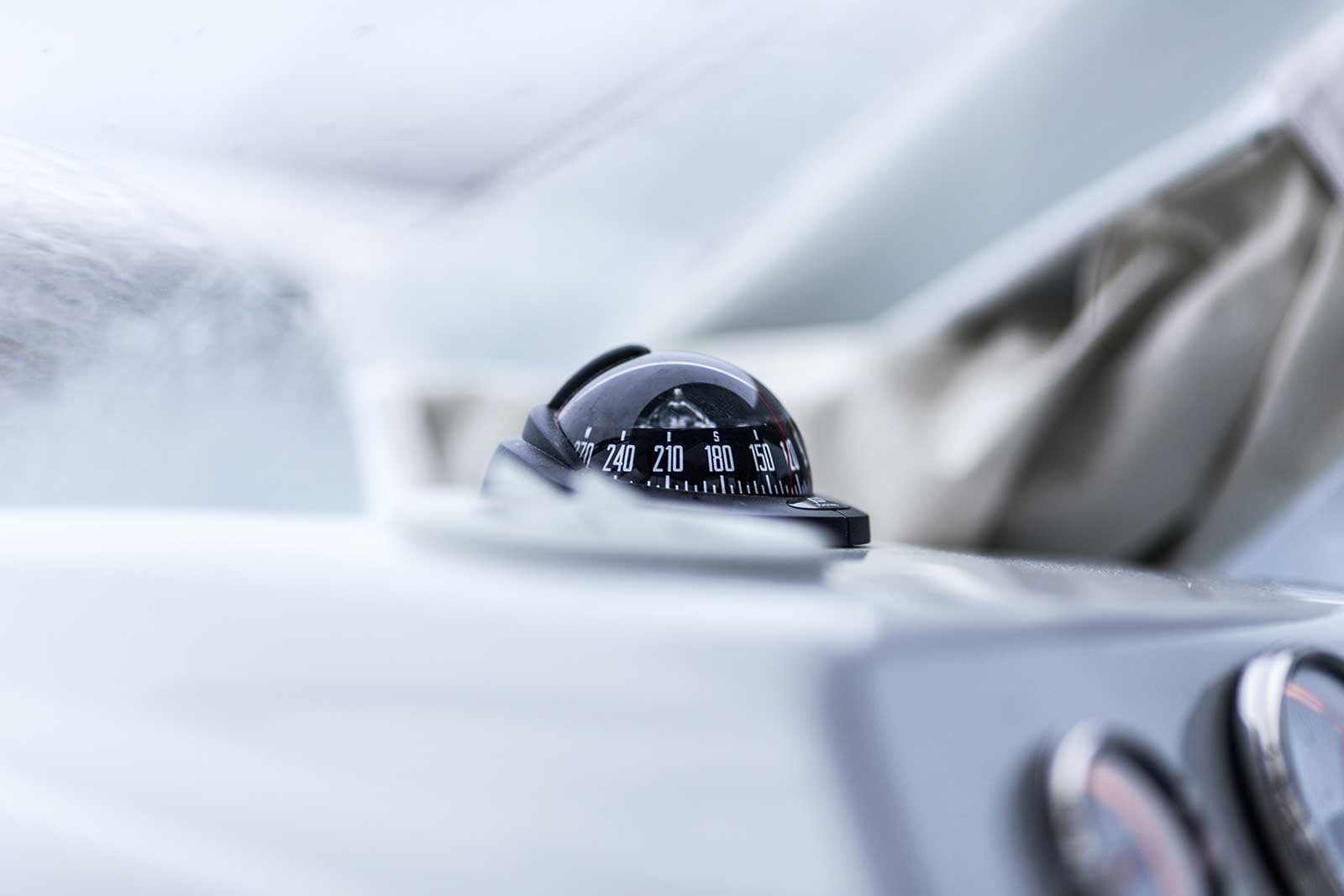 In 3 500 B.C. first sea vessels big enough for trade goods were recorded.
One of the earliest man-made navigation tools was the mariner’s compass, an early form of the magnetic compass (c.13th Century).

At this time first maps were developed as mariners started to keep detailed records of their voyages. These charts were extremely rare and expensive and were often kept secret from competing mariners.

Much more valuable, at the time, was the invention of the lead line (c.13th Century), which was a tool for measuring the depth of water and the nature of the bottom.

Mariners in 1484 also used the cross-staff and the astrolabe invented by Martin Behaim to measure the angle above the horizon of the sun and stars to determine latitude.

A major advance that made dead-reckoning much more accurate was the invention of the chip log (c.1500-1600).

In 1764, British clockmaker John Harrison (1693–1776) invented the seagoing chronometer. This invention was the most important advance to marine navigation in the three millennia that open-ocean mariners had been going to sea.

In 1779, British naval officer and explorer Captain James Cook (1728–1779) used Harrison’s chronometer to circumnavigate the globe. From information he gathered on his voyage, Cook completed many detailed charts of the world that completely changed the nature of navigation.

In 1884, by international agreement, the Prime Meridian (located at 0° longitude) was established as the meridian passing through Greenwich, England.

In the 20th century, navigation technology took a big leap. These developments weren’t used for exploration but war, but later these technologies have been adapted for peacetime use.

In 1935 the first practical radar was developed by a British physicist called Robert Watson-Watt. His radar was used to locate objects beyond the vision by projecting radio waves against them. It can also be used for controlling air traffic, detecting weather patterns and tracking spacecraft.

In 1940-1943 the hyperbolic navigation system called Loran (Long Range Navigation) was produced in the U.S. It pulsed radio transmissions from master and slave stations which were then received onboard and recorded as small waves on the screen of a cathode-ray tube.

GPS (Global Positioning System), initiated in 1973, is operated and maintained by the U.S. Department of Defense. This space-based radio-navigation system consists of 24 satellites and provides accurate positioning to within about 30 feet as well as velocity and time worldwide in any weather conditions.

The Q Experience Q Experience is a smart navigation system. It updates the boating experience to modern day’s standards by combining the boat’s functions into one crisp touch screen interface. The system consists of three hi-tech devices that have been carefully developed and tested in the arctic waters of Finland.