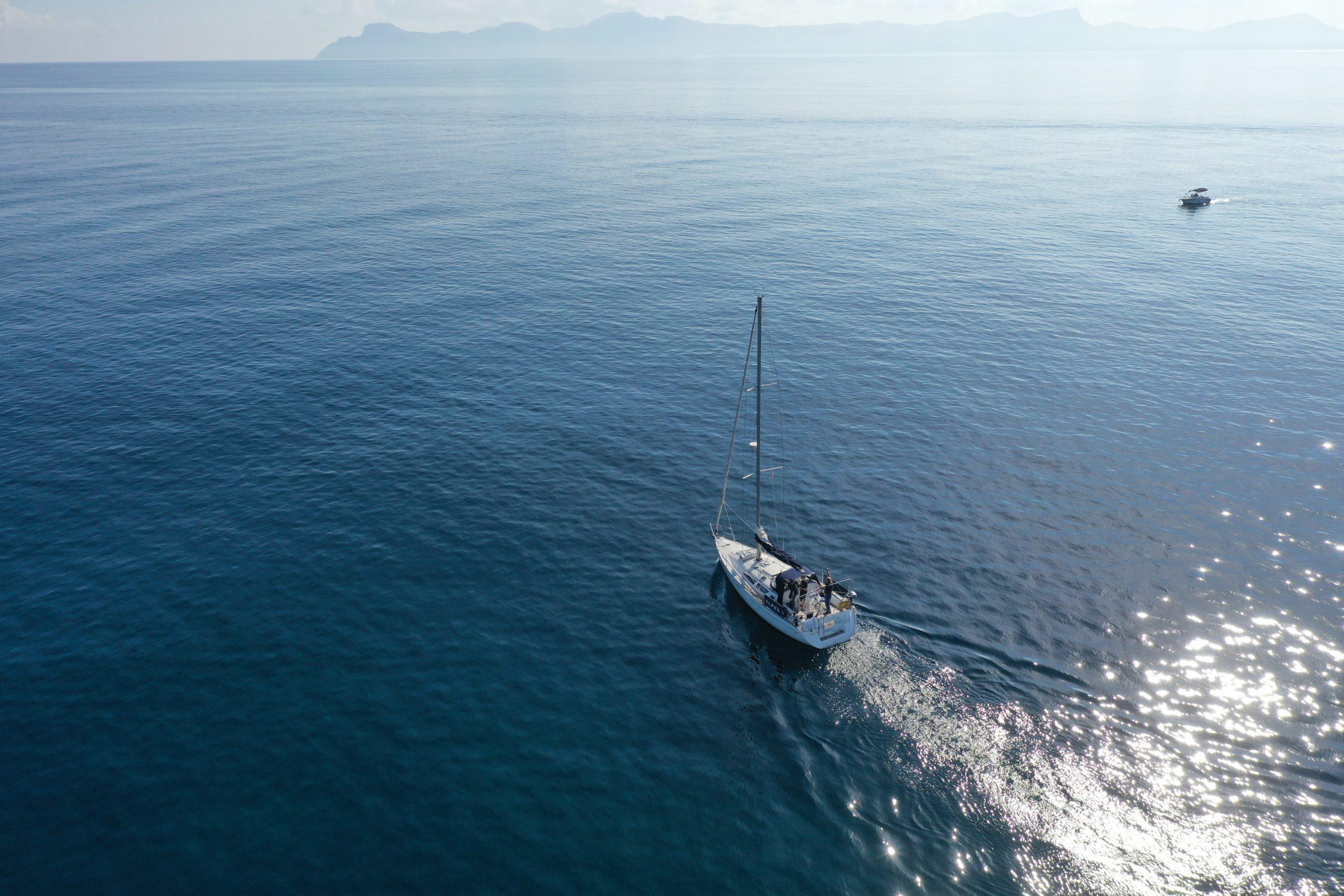 Have you ever wondered how we went from sailing by the light of the sun to the smart navigation plotters we use today?

Here’s a timeline of navigation’s history.

The journey from early compasses to our smart navigation system is long and interesting. Over the course of five hundred years science and technology have altered navigation and its methods. Yet the navigator’s basic task remains: to keep track of where the ship has been and where it is now, and to plan where the ship will go next.

How water depth was first measured

One of the earliest man-made navigation tools was the mariner’s compass, an early form of the magnetic compass (c.13th century). First marine maps were also developed at this time, as mariners started to keep detailed records of their voyages. These charts were extremely rare and expensive and were often kept secret from competing mariners.

Much more valuable was the invention of the lead line (c.13th Century), which was a tool for measuring the depth of the water and the nature of the sea bottom.

Mariners in 1484 also started using the cross-staff and the astrolabe invented by Martin Behaim. It was used to measure the angle above the horizon of the sun and stars to determine latitude.

Navigating the first round around the globe

A major invention that made dead-reckoning much more accurate was the invention of the chip log (c.1500-1600). It measured the ship’s speed through the water.

In 1764, British clockmaker John Harrison (1693–1776) invented the seagoing chronometer. This invention was the most important advance to marine navigation in the last three millennia.

In 1779, British naval officer and explorer Captain James Cook (1728–1779) used Harrison’s chronometer to circumnavigate the globe. From the information he gathered on his voyage, Cook completed many detailed charts of the world that completely changed the nature of navigation.

In 1884, by international agreement, the Prime Meridian (located at 0° longitude) was established, as the meridian passing through Greenwich, England.

In the 20th century navigation took a big leap. These developments weren’t first used for exploring the world, but rather for war.

In 1935 the first practical radar was developed by a British physicist Robert Watson-Watt. His radar was used to locate objects beyond the eye vision by projecting radio waves against the objects. It could also be used for controlling air traffic, detecting weather patterns and tracking spacecraft

In 1940–1943 the hyperbolic navigation system called Loran (Long Range Navigation) was produced in the U.S. It pulsed radio transmissions from master and slave stations. These were received onboard and recorded as small waves on the screen.

GPS (Global Positioning System), was initiated in 1973, and is used around the world today. This space-based radio-navigation system provides as accurate positioning as 9 meters. It also shows you velocity and time where ever in the world, in any weather condition.

The smart navigation system Q brings everything together

The Q Experience was born as a result of co-operation between Nextfour and Buster Boats in 2016. It updated the boating experience to modern day’s standards. You can control and navigate the whole boat with just one, clear and sleek interface.

All the plotters are manufactured in Nextfour’s premises in Turku and are specially designed in the enduring Nordic environment.

In the end, everything on navigation is based on history and these first inventions.

It’s important to remember where you come from and not forget the navigation pioneers that made our modern navigation devices possible. It’s amazing to think that some of Q’s features date back to the 13th century!
Smart navigation keeps on evolving and getting better. The next step, a new Q generation, is coming in just a few week. Keep an eye out for the launch!